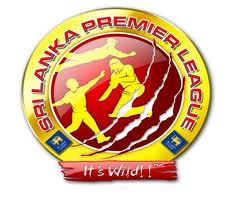 The different tournaments held by T20 Sri Lankan cricket league: The history is gone and new Sri Lanka T20 Premier League is now waiting to start from 19th July, 2011 and go on till 4th August, 2011. This tournament will take place in Colombo in its R Premadasa Stadium. There will be seven teams participating in the league: All the teams are old except the new two teams that are Uthura Oryxes and Nagenahira Nagas and all of them represent the different provinces of the country Sri Lanka will have 1 former vice captain and 6 national captains as the captains of the teams respectively and there will be 30 international players playing in the tournament. This kind of tournament is never played and will be the first in Sri Lanka of this kind. The tournaments played in the past were very interesting and the Future is yet to come. Hope for the best and prepare for the worst. Good luck!
Sri Lanka Updates

India host Sri Lanka and New Zealand before Aussies Series [+]
The Australia tour of India for the Border-Gavaskar Trophy will kickstart in Nagpur on February 9.

Lakshan and Wellalage return to Sri Lanka ODI squad [+]
Two bowling all rounders have been recalled for the Sri Lanka one-day squad for the forthcoming Afghanistan three ODI series.

Stoinis smacks Australia to victory over Sri Lanka [+]
Stoinis smashed 59 from 18 balls as Australia reached their target with 21 balls to spare in Perth on Tuesday.

Spinners, Mendis star in Sri Lankan comfortable win [+]
Sri Lanka not only take the two points from this game but also see their net run rate soar to 2.467