Sri Lanka Home | News | Players Profile | Grounds | History | SLPL | Archives
Basnahira Bears is one of the 7 teams that will participate in SLPL. The Basnahira Bears team is based in Colombo lead by Sri Lankan skipper Tilakaratane Dilshan. Find the list of matches played by Basnahira Bears in 2011. 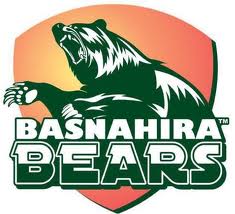 Basnahira Bears is one of the seven provincial teams that take part in the Sri Lankan Inter Provincial Cricket Tournament, representing Western Province.

The Basnahira Bears team is based in Colombo. It is one day name is Basnahira Bears and its captain is Tilakaratane Dilshan. Its jersey color is green and blue. It was initially founded under Western Province in 1990-1991 as Basnahira North.

The Basnahira Bears draws cricketers from Sri Lanka Premier Trophy. It comes under Western province which has the best Infrastructure. Sometimes the team I divided into two teams: Basnahira North and Basnahira south. Dilshan is the captain of the Basnahira Bears and will surely make huge improvements in the team. Tilakaratane Dilshan is currently the captain for tests, ODI as well as T20 team of Sri Lanka. He was the leading scorer in the ICC 2011 World Cup where he also took 13 wickets in total. He is an all rounder and one of the best fielders in the world. As he is also the International Sri Lanka team captain he has a lot of experience which he can make use to improve to the performance of the Basnahira Bears. He is an aggressive captain and is in great form. His team Royal Challengers also performed well is IPL (Indian Premier League) and was one of the finalists. Therefore he is chosen as the Captain of the Basnahira Bears and is assumed bring great performance by the team. This team will perform in Inter Provincial First Class matches, Inter Provincial Limited over Tournament and T20 Tournament.


The various matches for Basnahira Bears that are to be conducted in the Sri Lanka Premier League of 2011:

West Indies collapse chasing 348 to beat Sri Lanka [+]
Sri Lanka are just four wickets away from a win, having reduced West Indies to 52/6 at stumps on day four at Galle.