Sri Lanka Home | News | Players Profile | Grounds | History | SLPL | Archives
Ruhuna Rhinos is one of the 7 teams that will participate in SLPL. Ruhuna is a cricket team based in Galle. Sanath Jayasuriya is expected to be the captain of Ruhuna Rhinos in SLPL 2011. Find the list of matches played by Ruhuna Rhinos in 2011. 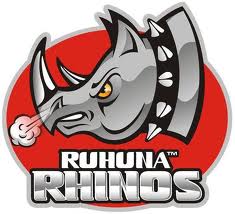 Sri Lanka's Inter-Provincial tournament is a cricket league or competition where five provincial teams participate. Ruhuna Rhinos, representing the southern province is one amongst the five participating teams. The team members are selected from Sri Lanka Premier Trophy and this entire team is based in Galle.

After the inauguration in 1990 of The Inter - provincial tournament, the Ruhuna Rhinos team has always been the part of all the tournaments that took place ever since that time. This team comprises of various excellent national as well as international cricketers, still it needs to make a good place for itself in the tournament to bag a title for it.

It was only once when a team got qualified for the final match of the tournament and that was when Ruhuna Rhinos played against team Wayamba in which team wayamba won the match by 31 runs and team Ruhuna was defeated in the Inter-Provincial Twenty20 in 2007-08.

Upal tharanga who was the one of the team member of Ruhuna team scored his maiden double century in Inter-Provincial tournament of 2009 but still this was not enough to make the team win and get through to the semi- finals. This team was beaten up by a team known as Basnahira South by 4 wickets.

The team lost once again in second semi- finals of Inter-Provincial Twenty20 of 2009 in a bowl out for reaching to the finals by team Wayamba in which the match was much affected due to the rain and hence bowl out was carried out then. Seeing the history of Ruhuna Rhinos, we come to the conclusion that this team has to cover a long distance in the field of cricket and has to make much more efforts to make a good place for it in this tournament.


The various matches for Ruhuna Rhinos that are to be conducted in the Sri Lanka Premier League of 2011: