Sri Lanka Home | News | Players Profile | Grounds | History | SLPL | Archives
Kandurata Kites is one of the 7 teams that will participate in SLPL. Kandurata cricket team is a Sri Lankan first class cricket team based in Kandy, that represents Central Province. Find the list of matches played by Kandurata Kites in 2011. 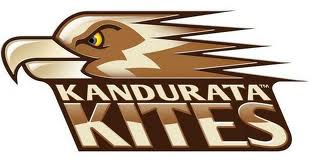 From the starting of Inter provincial first class tournament the team under central province was known as central province team. Later in 2007-2008 seasons, it was renamed as Kandurata team which is a Sinhalese word known as “Hill country” as the hilly regions of Sri Lanka lie in the Central province. With the origination of Twenty20 cricket in 2003, in came to Sri Lanka in 2004 as the form of Twenty20 Tournament, however it was replaced by the Inter Provincial T20 Tournament in 2008. Wayamba won the first season of the 2007-2008 Inter provincial Twenty20 tournaments.

Kumar Sangakkara was the ex captain of the Sri Lankan cricket team. He is a great test Match player with an average over 55. He is a wicket keeper batsman. Since he has served his team for over four years so can prove to be advantageous for the Kandurata Kites. He has great experience as a captain and can therefore make wonders to the Kandurata Kites.


The various matches for Kandurata Kites that are to be conducted in the Sri Lanka Premier League of 2011: